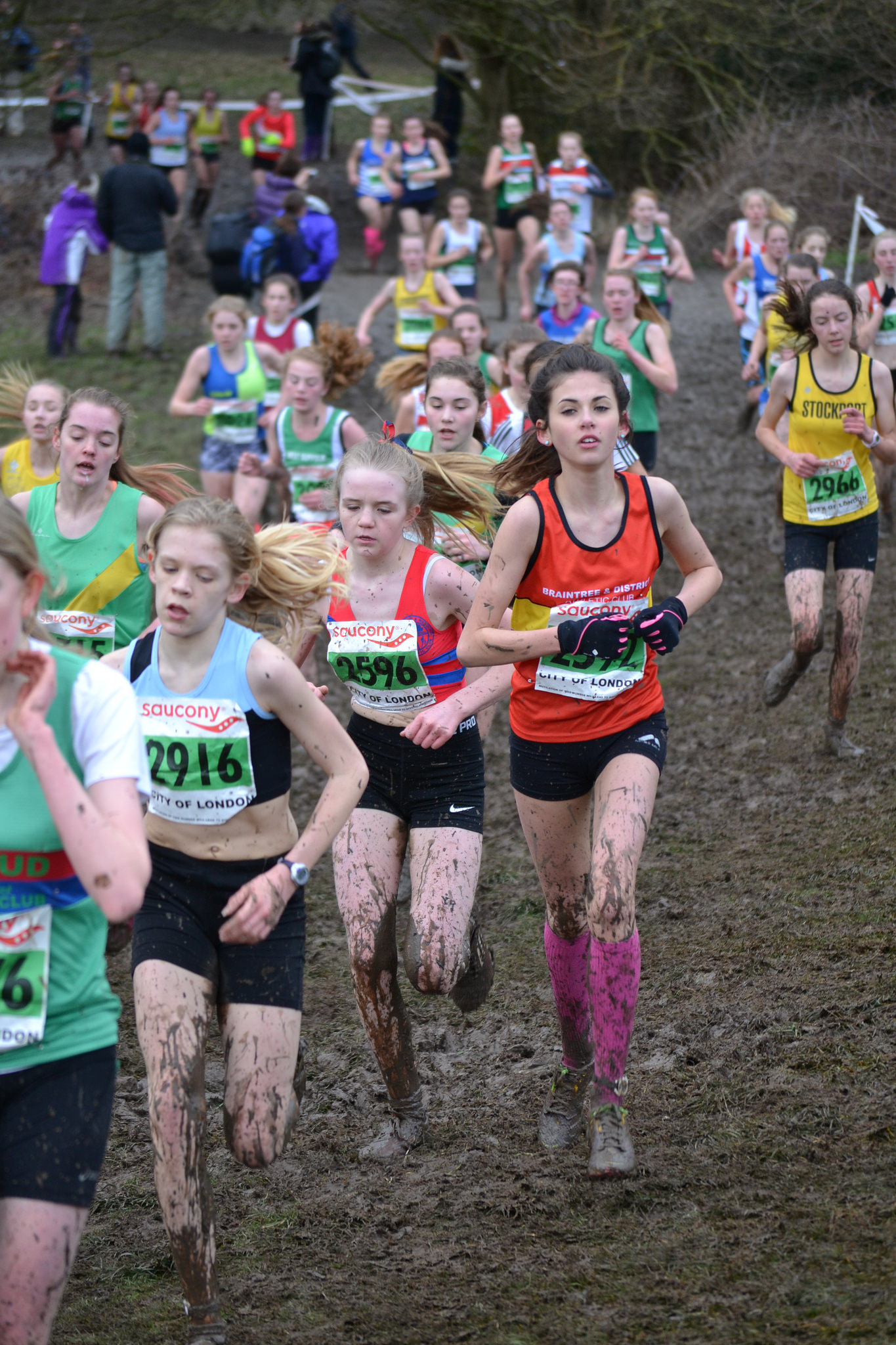 Athletes were faced with the toughest conditions of the season. Slogging through muddy bog like conditions, shin deep in sections, on a cold damp day. The mud was a test within itself but the Bromsgrove & Redditch athletes were also up against aspiring GB athletes and competition from all corners of England.

The first Bromsgrove & Redditch athletes to take on the 400m uphill start on challenging sticky mud were the under 15 boys. Gareth Richardson lead the charge finishing 215th in 18.58. Alexander Johnson (346th, 21:24) also completed the 4.5km course.

Anna Nicod was next to take on Parliament Hill in the under 13 girl championship. Anna complete the 3km course in 15.04 and finished 184th out of 433 athletes.

Following Anna’s fantastic efforts it was the under 17 men’s turn. They had the pleasure of running one short lap and one full lap covering 6km. Conor Smith again showed his strength on a testing course by finishing 59th in 22.38, followed by Thomas Neylon (255th, 27.31).

With the races coming think and fast the course was deteriorating making running conditions worse as the day went on. However, this was no problem for the under 15 girls as they continued their fantastic season taking on the 4km course. Ellen Bowen lead the girls home in an impressive 45th position (16:48) – the highest position achieved on the day by any Bromsgrove & Redditch athlete. Amelia Mijovic-Couldwell was next home (83rd, 17.21), followed by Alice Battey (121st, 17.54), and Megan Nicod (176th, 18.26) who completed the scoring team. The girls finished 13th out of 40th complete teams, Bromsgrove & Redditch’s best team position of the championships.

The ever present Tamara Ball was the only athlete to take part in the senior woman’s championship (8k). Tamara finished 193rd in 38.12 out of 865 athletes.

A special mention should go to Andrew Freeman who completed the course after receiving a nasty gash along his ankle after a follow athlete caught him with his spikes. Well done Andy.

For many athletes that was the last race of the cross country season. However, several athletes have been selected to run for Worcestershire at the Inter-Counties Cross Country Championships at Cofton Park, Birmingham on Sat 7 March.