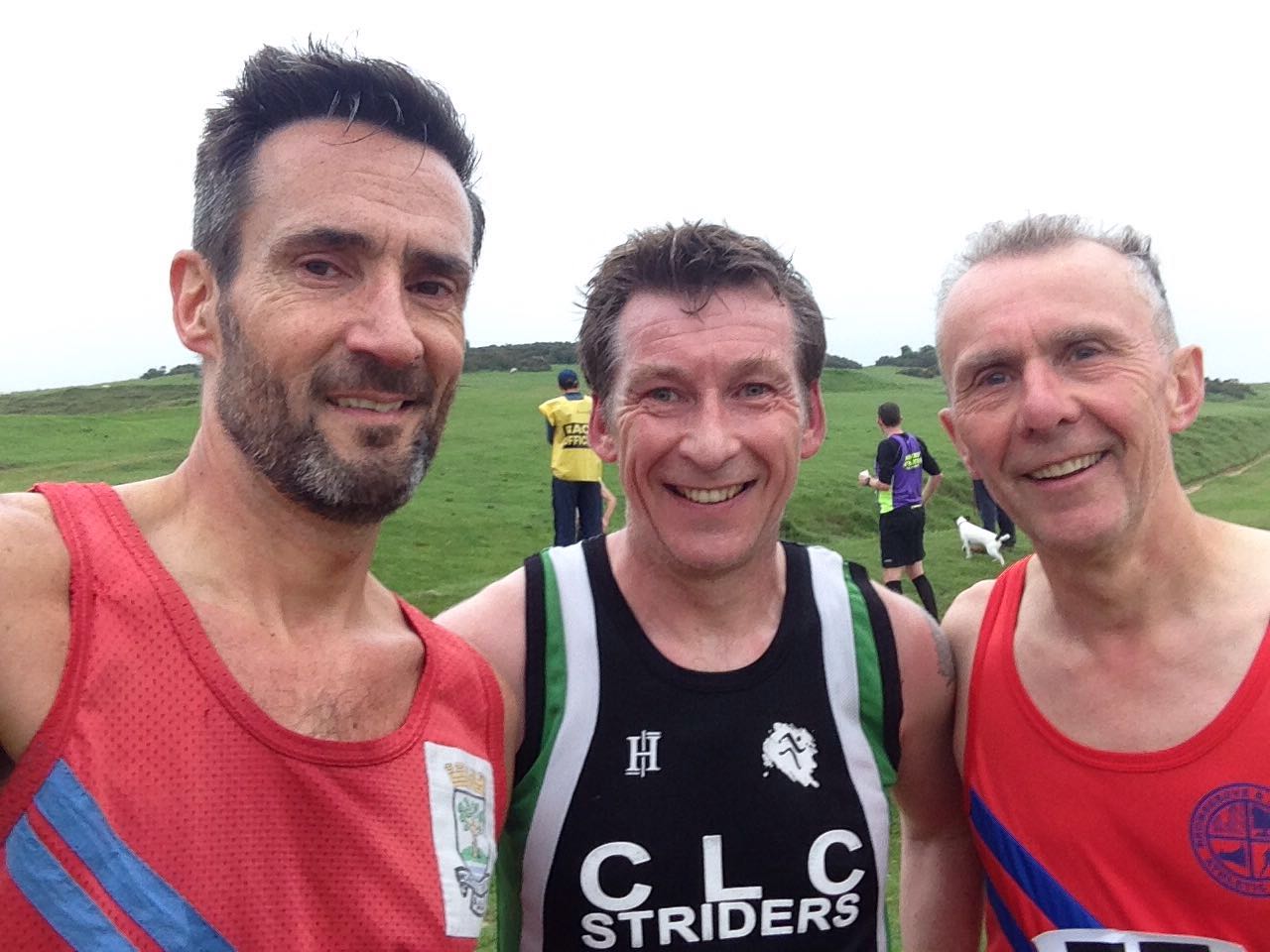 After a very short notice invite from former member Richard Shardlow, two B&R runners Ian Keyte and Paul Collins travelled down to darkest Gloucestershire to do the above race.

The race was describes as:

A 5.5 miles Multi-Terrain race held over an undulating course on Cleeve Common which usually takes place on the first Wednesday in June. The start and finish of the race is at Cleeve Hill golf club, between Cheltenham and Winchcombe. The course is a figure of eight and the race is run entirely on Cleeve Common, mostly on grass footpaths but with stretches of gravel and stones.

It certainly didn’t disappoint with some serious hills and tricky descents on loose rocky trails.

Ian Keyte set off just behind the leaders and stayed in pretty much the same position throughout, finishing 11th and 1st V50 in a time of 35.37.

An improving Paul Collins set off fast before opting to tuck in behind the first lady for the majority of the race before finally taking her on the final uphill and almost catching Rich Shardlow in the process to finish in 26th in 37.46.