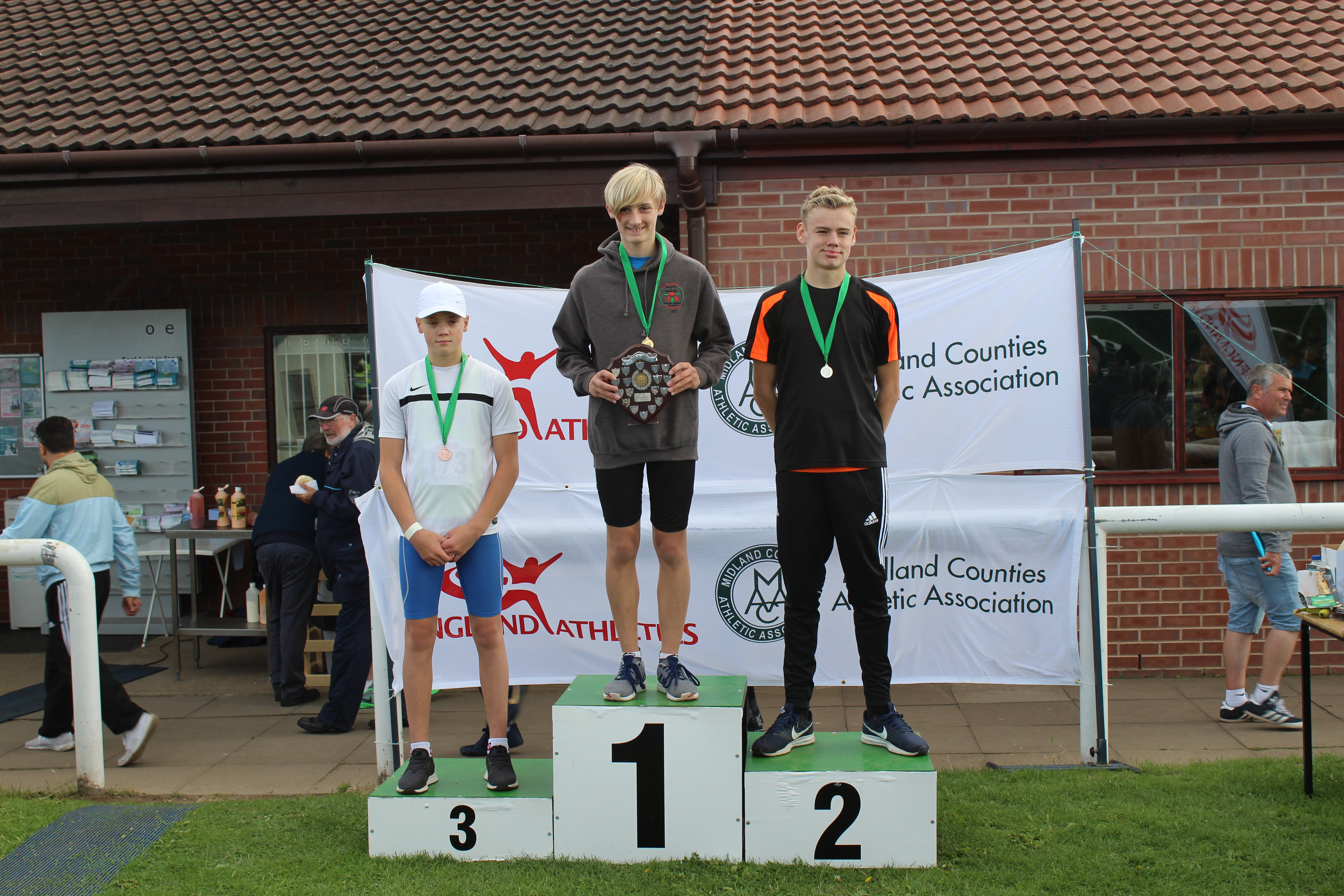 7 young Bromsgrove and Redditch AC athletes competed in the Midlands Athletics Championships over the weekend in Nuneaton. Day 1 saw 3 of the Club’s athletes come away with a medal each. Matt Griffin convincingly won the U15 boys 80m Hurdles final in blustery conditions by almost a second in a PB of 11.80s to become Midlands Champion. Josh Pearson and Beth Sykes easily qualified for their respective 400m and 800m finals in the U17 age group and both went on to win silver medals – Josh running 50.28s just 12 hundredths behind the winner and Beth just one and a half seconds behind the winner in 2.17.12s.
On day 2 of the Championships Kieran Valley produced a personal best of 35.14m in the U17 discus to win silver and also won silver in the shot. Megan Haines competed in a quadrathlon – 4 events where points are awarded for distances/times and added together. Out of a field of 19 competitors Megan finished overall second with outstanding performances in 100m and long jump and PB’s in shot and 600m. Josh Keyte narrowly missed a bronze medal in U15 boys triple jump by just 1cm! Josh Pearson made it through the heats of 21 athletes to finish 7th in the U17 200m final and Tayla Mullings finished 8th in the U17 women’s hammer just short of her personal best.
Matt and Josh now go on to the England U15 and U17 Championships in Bedford this weekend.