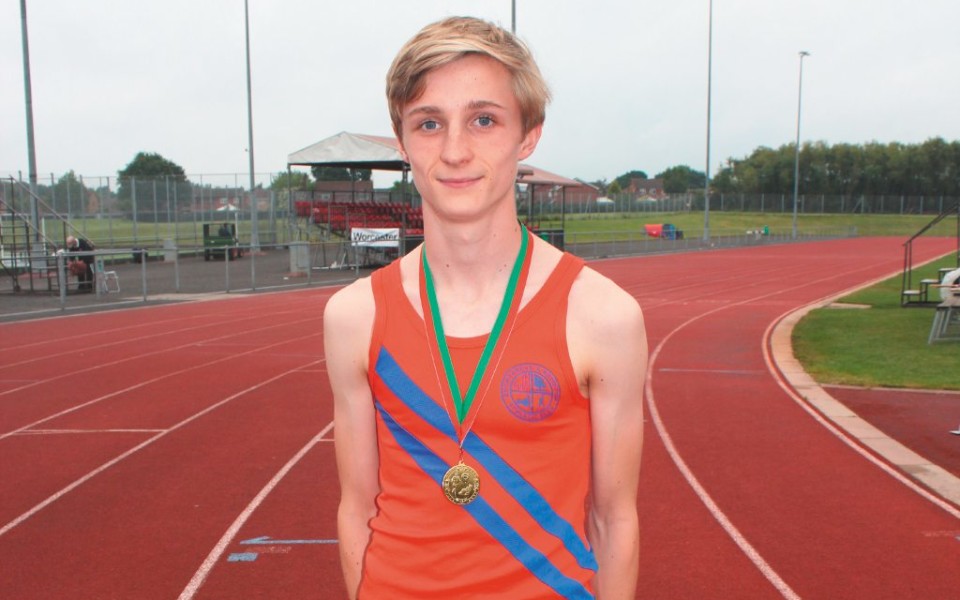 REDDITCH sprinter Josh Pearson is continuing to impress as he makes his mark on the athletics scene at local and national level.

The St Augustine’s High School pupil propelled himself to the number one spot in the UK athletics rankings in his age group over 300m and held that position for six weeks, whilst he also has a top ten ranking over the 100m and 200m.

Last year at the English Schools’ Track and Field Championships, Pearson was competing a year under age in the under 15 category and he made the final, finishing eighth overall.

Since then, he has progressed well over the winter, competing at the Midland Indoor Championships where he won gold over 300m and also a creditable silver over 60m, which he did for useful speed work.

At the AAA National Indoor Championships he achieved a silver medal in a new personal best as he was narrowly beaten by young Welshman Ben Griffin.

This past weekend at the subsequent inter-counties Mason Trophy competition at Birmingham’s Alexander Stadium he had to settle for second place in the junior boys’ 300m despite recording a fabulous personal best time of 36.33s. He now sits second in the UK rankings for that age group and distance.

However, Pearson was victorious in the junior boys’ 4x100m relay team as they qualified for the forthcoming English Schools’ Track and Field National Championships being held in Gateshead in a few weeks’ time, when he will also compete in the 300m.

His coach Paul Gripton said: “Josh always works extremely hard in training and deserves the success he gets this summer.

“He is working to a careful plan that ensures he peaks for the English Schools’ in July when a medal is a very realistic possibility.”