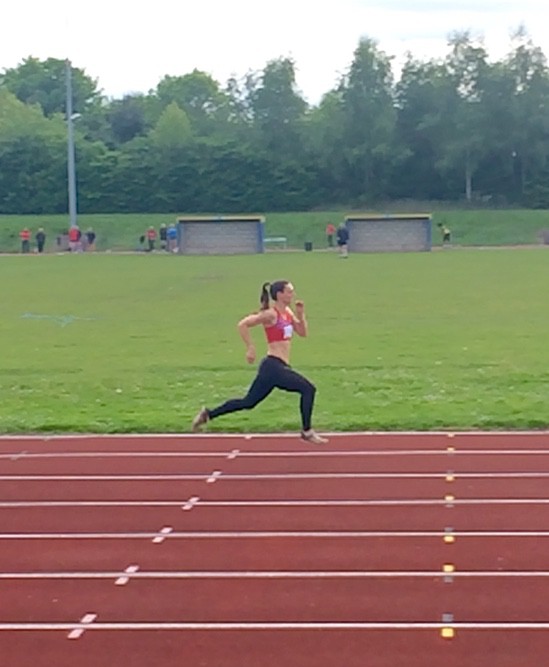 In another close fought battle between Bromsgrove & Redditch AC and Worcester AC in the Midland Veteran’s Track & Field League on Wed 27th May at The Dell Stadium in Brierley Hill Worcester’s men come out on top beating B&R’s men by a single point.

Top B&R performances on the night were:

Jason Cashmore also 2nd in the men’s over 40 200m being beaten by Worcester’s Stephen Buttler.

Stephen Brooks finished 2nd in the men’s over 40 high jump with a best jump of 1m45.

The highlight of the men’s competition was the last event of the evening, the 4 x 400m relay. Worcester’s new member Richard Houchin took the baton for them with a clear lead over B&R in 2nd place. Aspley-Davis ran a stunning final leg for B&R but was still behind Houchin with 2m to go, however he edged ahead of Houchin on the finish line to take the win, both teams recording the same time of 3:52.6.

B&R still maintain their 1st place in the division due to winning the first fixture by 3 points.

In the Women’s competition, again Worcester were 1st with B&R 2nd.

New club member Peggy Blunn competed for B&R in the women’s over 70 200m and finished 2nd behind Worcester’s Iris holder.

Deborah Ricci was also 2nd in the women’s over 40 200m behind Stratford’s Paula Williams.

Joanne Frost returning from an injury won the women’s over 35 200m in a time 27.3 with Cat Goulder-Davis from Worcester 2 seconds behind in 2nd place.

Becky Selvey was 2nd in the over 40 800m behind Midland Masters Audrey Wilson.

Rita Brownlie was 2nd in the women’s over 60 javelin.

Polly Gerner was also 2nd for B&R in the women’s over 50 long jump.

Julie Wakelam was 2nd for B&R in the women’s over 40 discus.

Following this 2nd fixture of the season the division standings are

The next fixture of the Midland Veteran’s Track & Field League fixture is on Wednesday 17th June at Leamington.